At the start of this year the most fashionable up-do was a ballerina bun; a chic groomed classic.  The higher the bun on top of your head, the more fashionable you were deemed.  I myself bought into the bun craze, I got one of those ugly hair doughnuts that I’d previously thought were only used by little girls or old ladies. A bun is so easy and quick to create and adds instant grown up glamour to any look. Now I don’t know about you, but I personally am a little tired of the perfect bun.  And my doughnut is no longer perfect as my chihuahua thinks its a chew toy.

Whilst in Australia, I noticed a lot of girls wearing their hair up, in a do which is clearly along the lines of the bun, but isn’t groomed, it isn’t glamorous, but I love it.  Its something you’ve all probably done when you’re sick of your long hair and just want it out of the way. 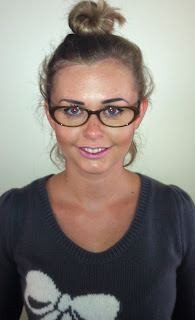 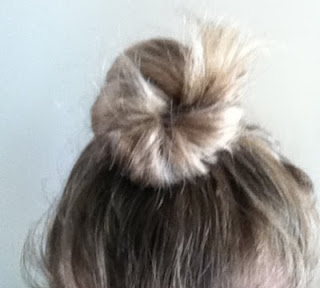 To re-create this look, all you need to do is scoop all of your hair onto the top of your head.  Begin to twist the hair until it starts to twist round on itself, then wrap around, fix in place with a bobble and you’re done.  Quick, simple and I think its pretty cool.  Mine has had a little wind attack, hence the flyaways, but I happen to think the messier the better with this look.

I teemed mine with simple makeup, feline flicks on the eyes and MAC’s Beauty on the lips.