I recently won my first blog competition, which was a competition to win an underwear set of your choice from a range called ‘Undressed’ by Marlies Dekkers.  The lovely Rachel from RachelleRachelle, Rachel contacted me via Twitter to tell me I had won and wrote a post about her winners  here.

Marlies Dekkers is a designer lingerie brand from the Netherlands and within her Undressed range, most of the underwear was either white, red or black.  I opted for white as I thought I’d probably get the most wear out of that colour.  I really liked the Dame De Paris range as they featured criss cross straps above your cleavage and on the rear of the underwear.  I hadn’t seen anything like this and thought it looked really pretty. 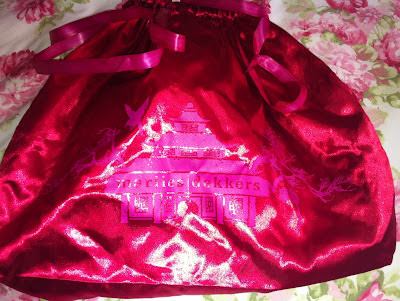 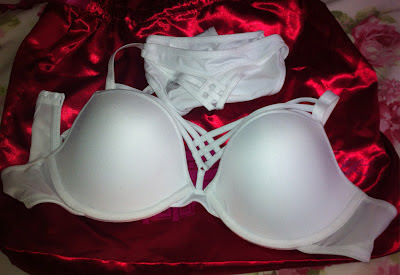 The underwear arrived pretty quickly and I was surprised how soon it did come when it arrived.  I have included a couple of pictures to show you what I won.  I love that the underwear came in a red satin bag, it was a lovely way of presenting the underwear, I’ve actually kept the set in the bag.

The underwear feels really comfortable and the bra offered the support I need and does give your assets a little boost too!

Thank you again to Rachel, it was so nice to win something different to the usual blog competitions.