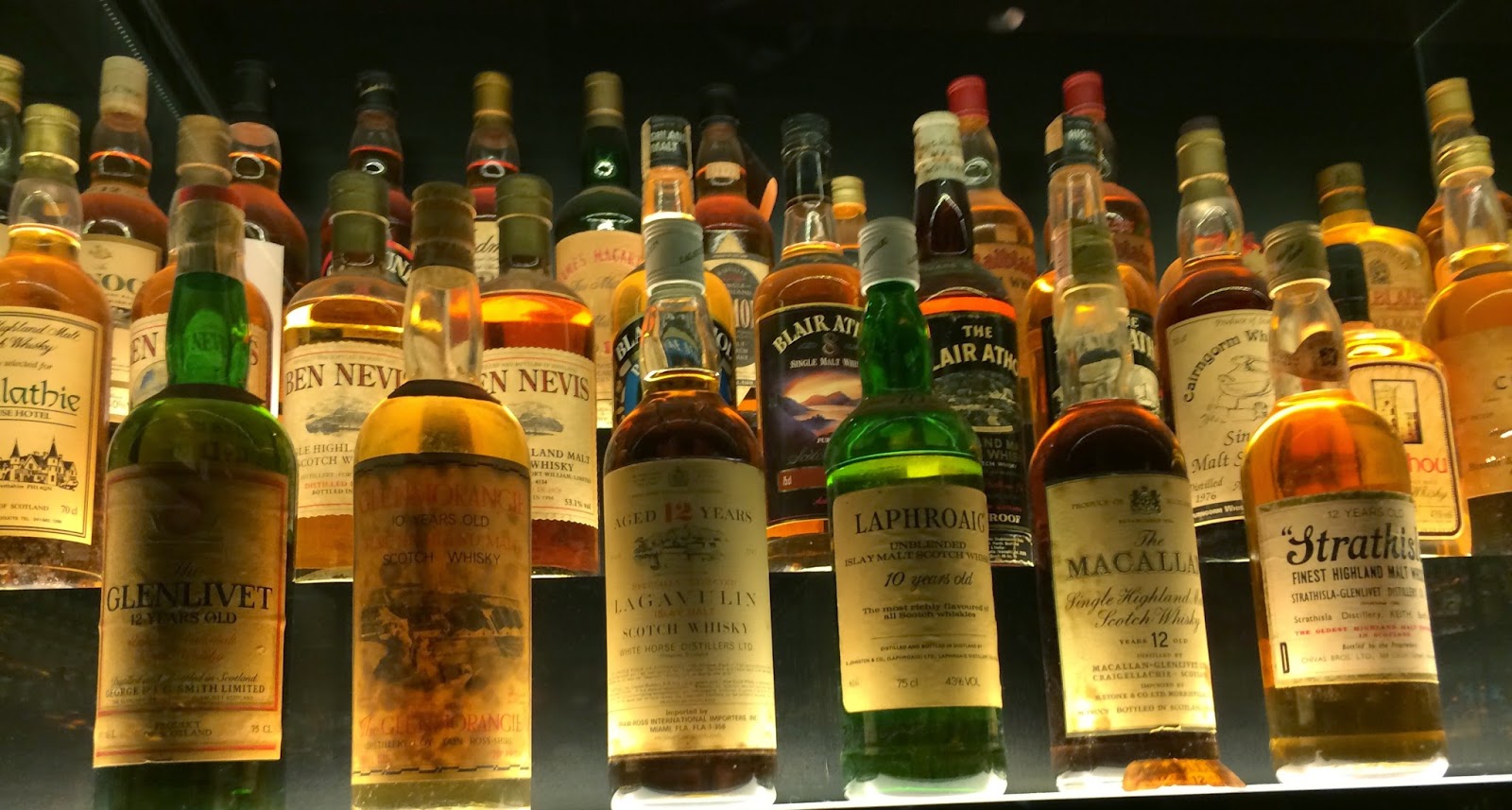 Last weekend, Andrew and I ventured to Edinburgh.  We travelled from Leeds by train and stayed at the Double Tree by Hilton.  If you haven’t stayed at a Double Tree before, on check-in you receive a delicious warm cookie; what better way to start?
We were in Edinburgh as Andrew gave me tickets to see John Newman at the Corn Exchange for my birthday back in May.  We opted to make a weekend out of the visit so each took Friday off work.   I wasn’t too interested in the shops; this may sound crazy to my readers, but living in Leeds, the shops are pretty similar in Edinburgh.  We headed to the Royal Mile, about a 5-10 min walk from our hotel, and walked all the way up to the Castle.  The views are incredible from the Castle, especially if you have a clear day. 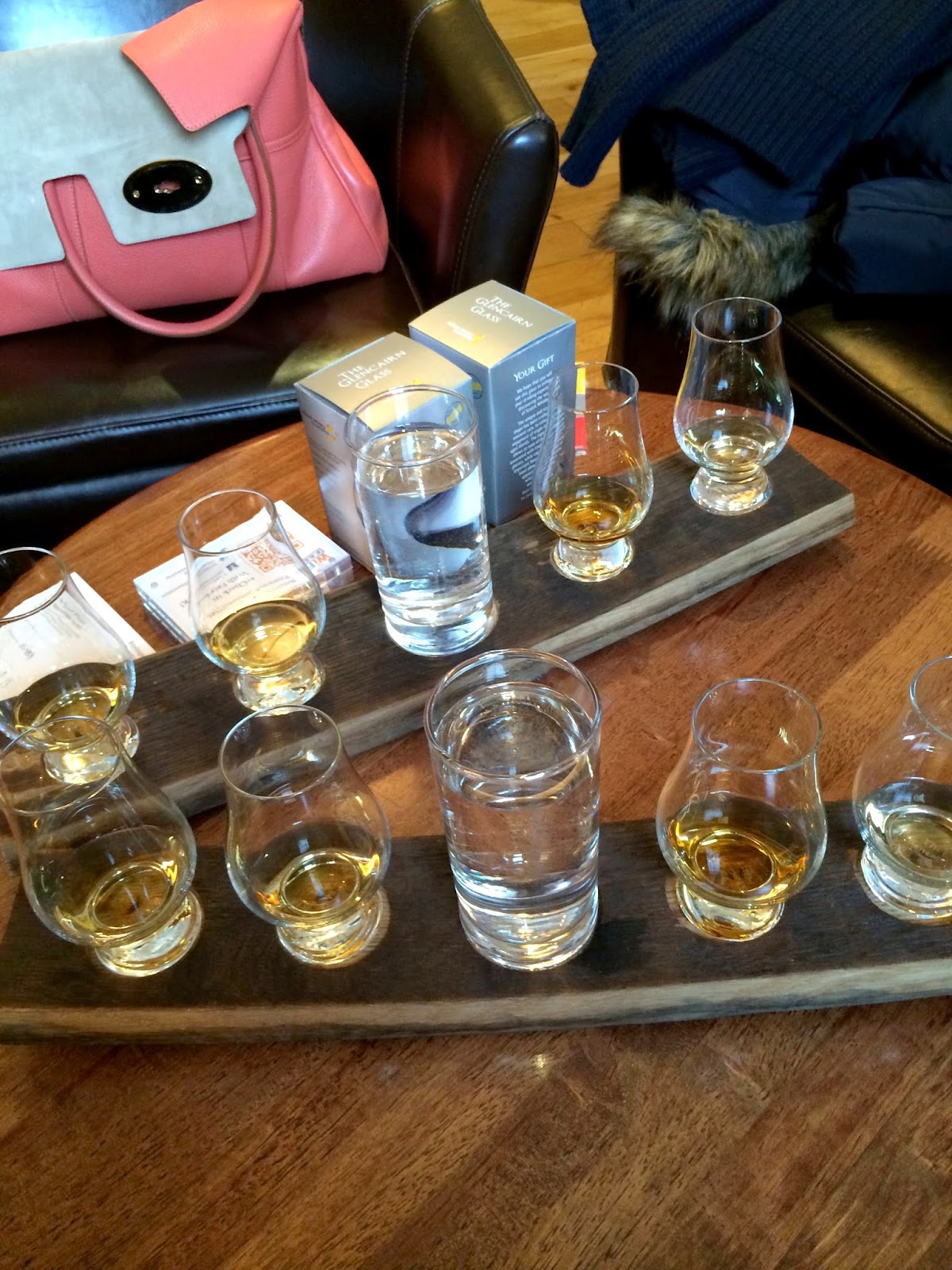 I had heard of the Scotch Whisky Tour, so we decided to give it a go.  We chose the ‘Gold’ package, which included the tour, plus 4 shots afterwards.  The tour starts with a ride in a whisky barrel, with a history of whisky and how it is made.  To a whisky expert this part may be a bit dreary, however, as a novice myself, I thought it was good.  We were then taken into a seated area and given a ‘scratch and sniff’ card, which produced an exaggerated scent of the four main malt whisky regions in Scotland; Highland, Speyside, Lowlands and Islay, going from smooth to smoky in that order.  We were then given an overview of each of these whisky regions. We were each given a whisky glass, shaped to enhance the taste and scent, and asked to choose which one of the scent’s were our favourite, in order to pick a whisky to try.  I went for the Highland whisky, I could taste and smell honey and vanilla.  We then made our way into the bar, and were given a shot of four different whisky’s; one from each region.  I did not like the Lowlands or Islay as they were both far too smoky for me, but I did enjoy the Highland and Speyside, so much so, we bought a bottle of the Highland whisky that we sampled.
Feeling a little ‘squiffy’ with little more than the aforementioned cookie in my tum, we went for a quick bite at a burger and beer restaurant – nice, but nothing worth reporting on!  We then headed back to the hotel as I was in need of a nap after my five shots (yes, I am a lightweight).
Having visited Edinburgh previously, and touring the Underground City, I was keen to take Andrew on a ghost tour.  We chose to do the double dead tour, in which you visit the Edinburgh vaults and Greyfriars Kirkyard.  I thoroughly enjoyed the tour, as did Andrew (to my surprise!).  This tour is an adult only and takes place from times post 19:30.  Nothingsupernatural was encountered on our tour, but it did end with the majority of us screaming, so definitely worth a go if you’re tempted.
Cold and a little on edge, we went to Angels with Bagpipes for a late dinner, I had risotto and Andrew had steak.  Once again, nothing noteworthy.  The restaurant was ridiculously warm, we did think it was due to the fact we’d been out in the cold for two hours, but we could not acclimatise and we ended up rushing our meal just to leave.  We headed back to the hotel.
On Saturday we decided to venture along Princes Street; the main hub for shopping.  As I said earlier, I wasn’t particularly interested in the shops.  That said, I did have a little meltdown in Reiss after trying two dresses in which I looked about 5 months pregnant in each (it’s OK, I’ve made it back to the gym this week).  We headed back to the Royal Mile and jumped on a tour bus, which took you through both the old and new town’s.  I’d definitely recommend doing this, yes it is a stereotypical tourist thing to do, but it wasn’t cheesy, and very interesting to learn some of the history of Edinburgh. 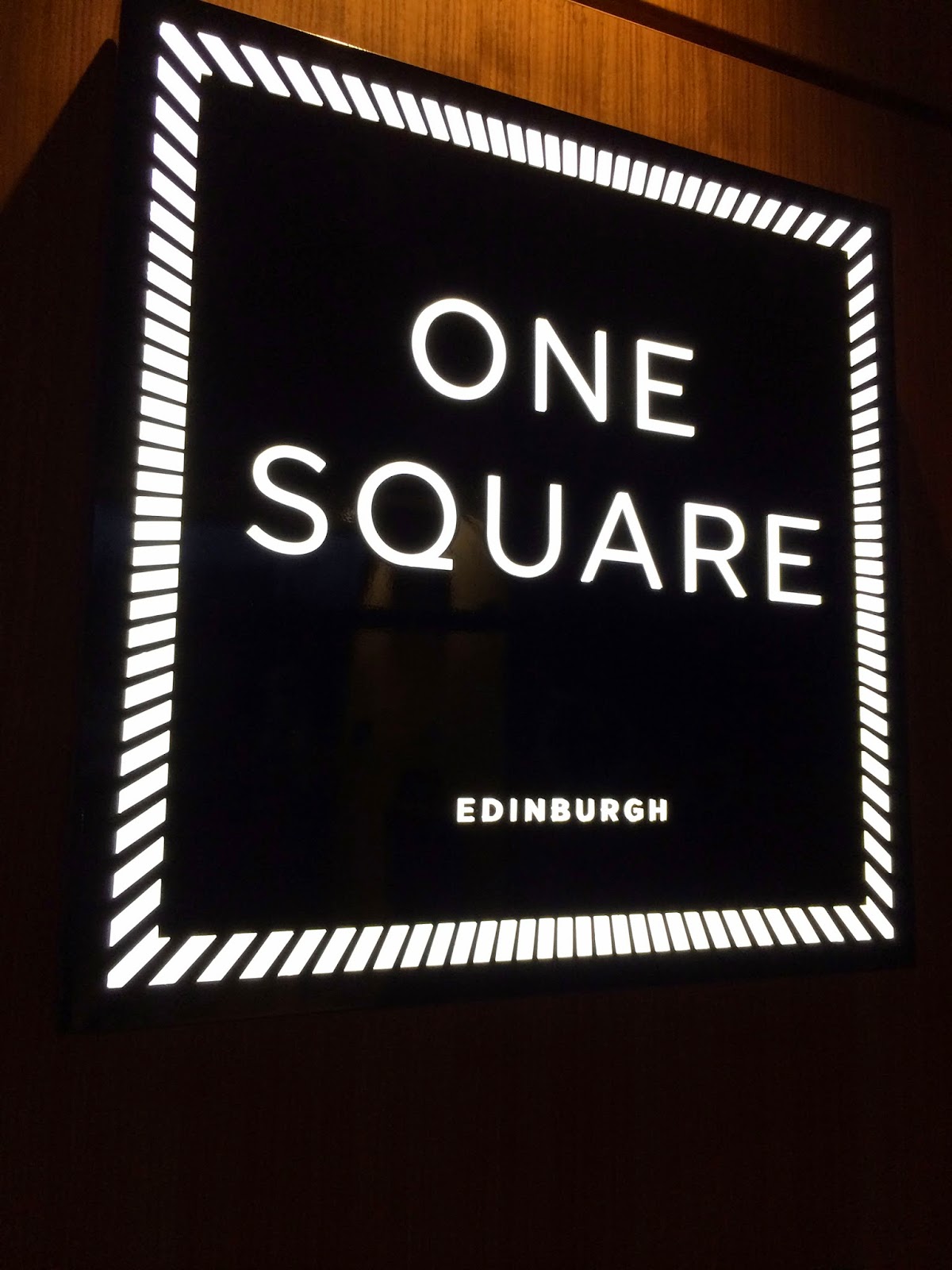 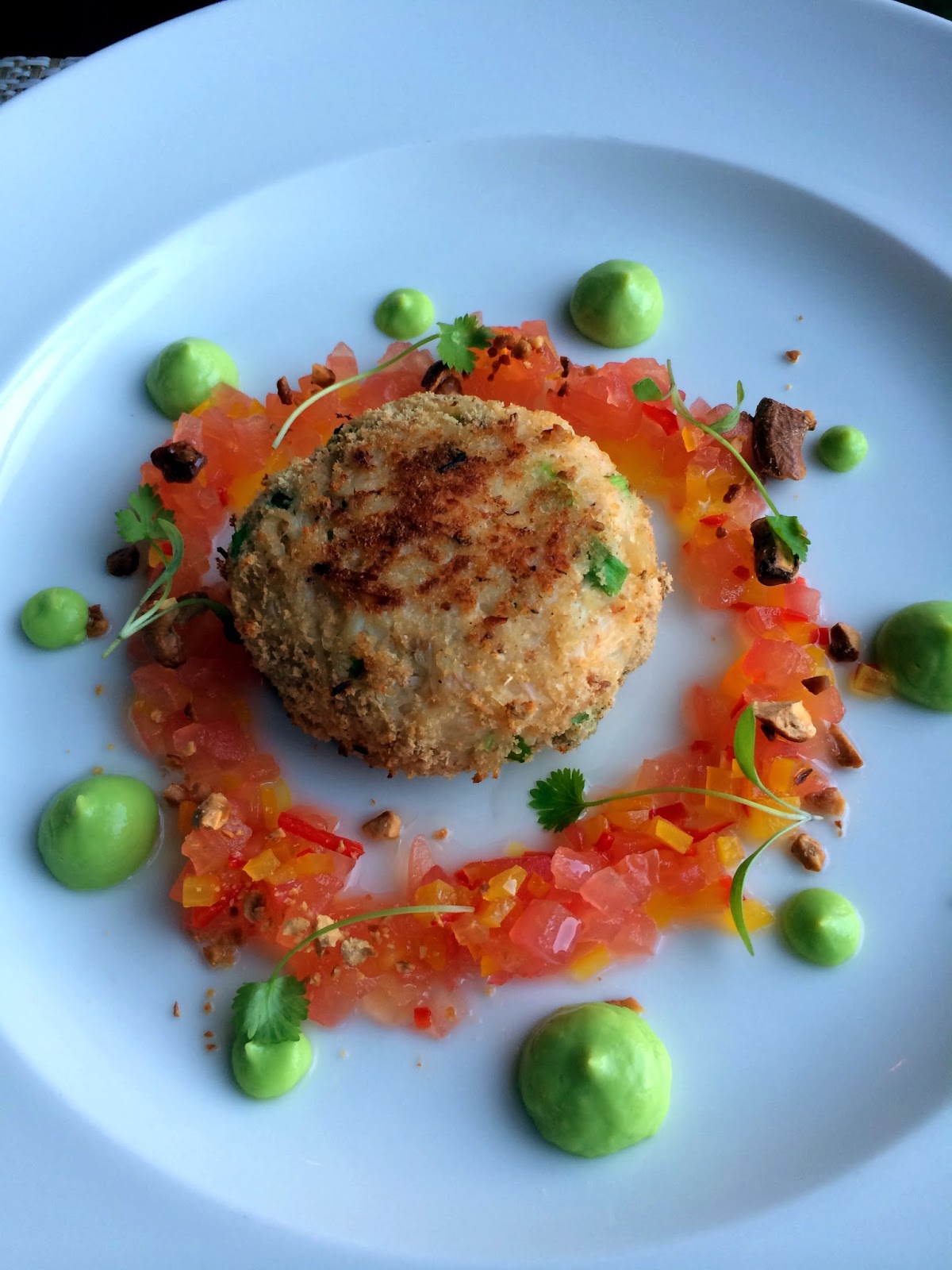 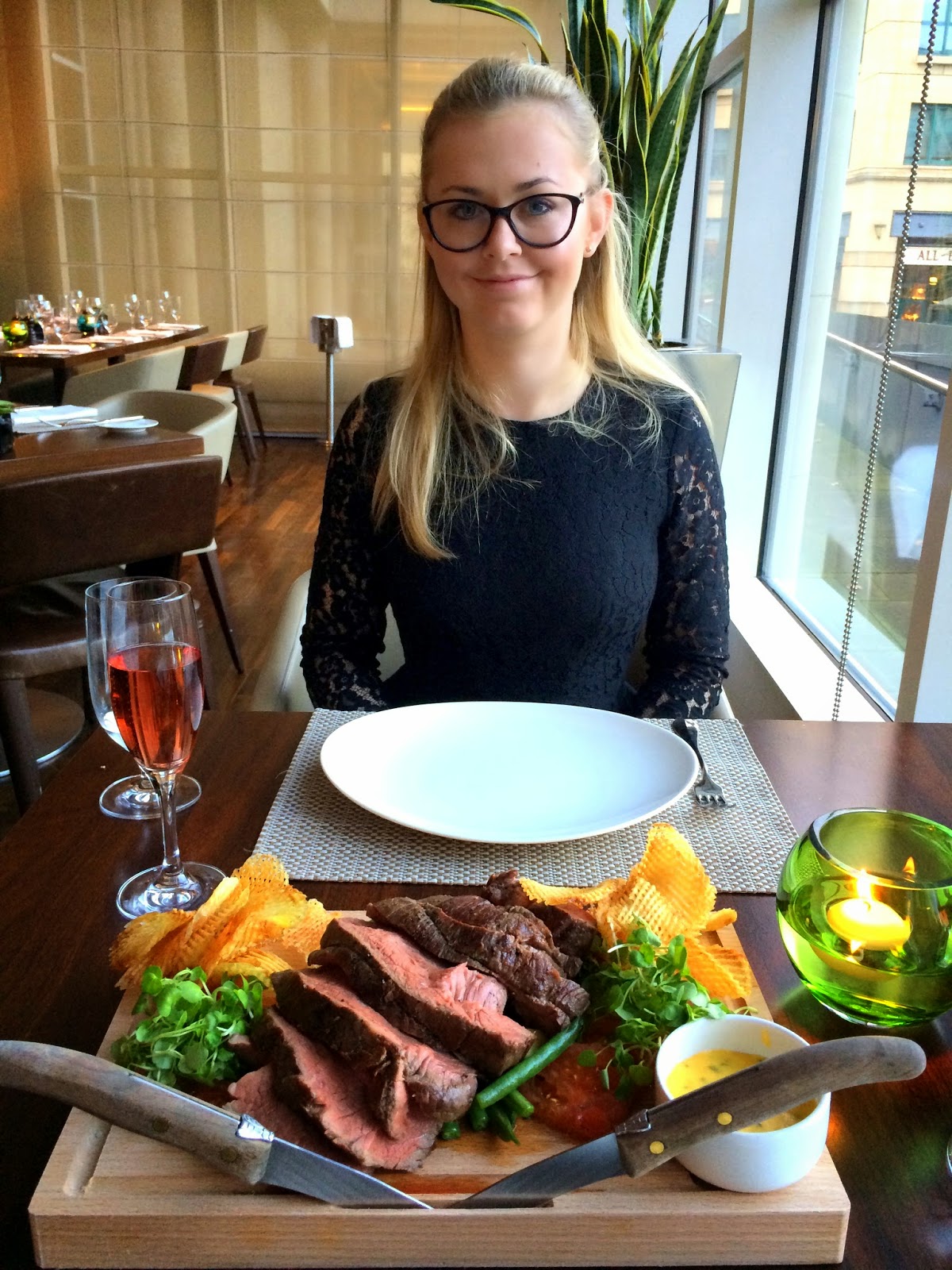 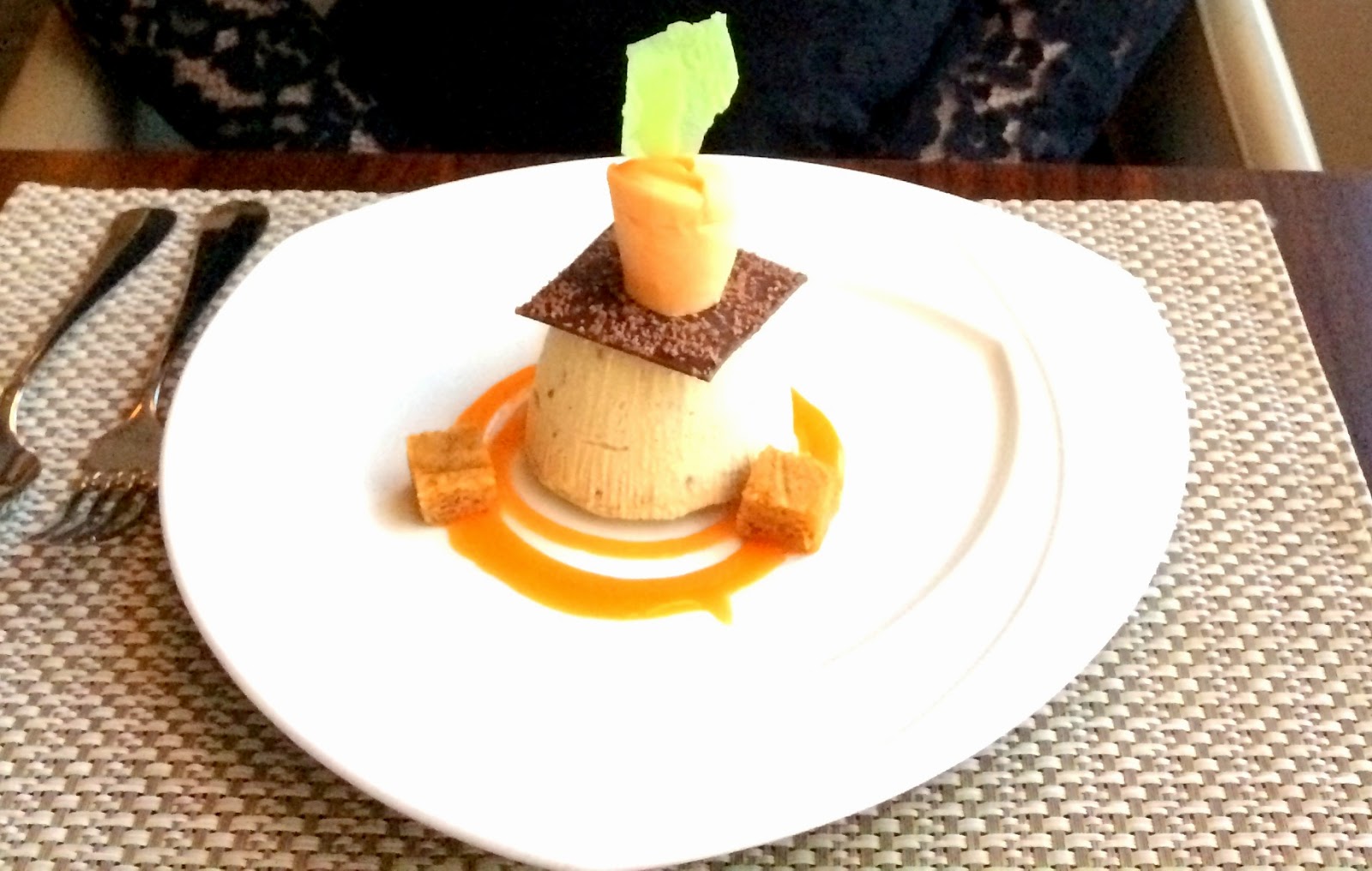 We headed back to the hotel to chillax and get ready for the gig.  Andrew wanted to treat me to a slap up meal, as my birthday was checkered with some sad events this year.  We went to One Square, which is the restaurant in the Sheraton hotel.  We both had a glass of rose Moet, with crab cake to start, chateaubriand for main, finished with desert.  The food was delicious and I’d definitely go back!  We rushed for a taxi to get to the gig and got there half an hour before doors opened.  This rush wasn’t necessary as Newman didn’t come on until almost three hours later, I was flagging, but as soon as the gig started I was dancing away.
All in all, a lovely weekend and I’d definitely recommend the tours we chose to do if you’re ever visiting Edinburgh.
Have any of you visited Edinburgh?  Did you do any of the tours we did? I’d love to hear from you