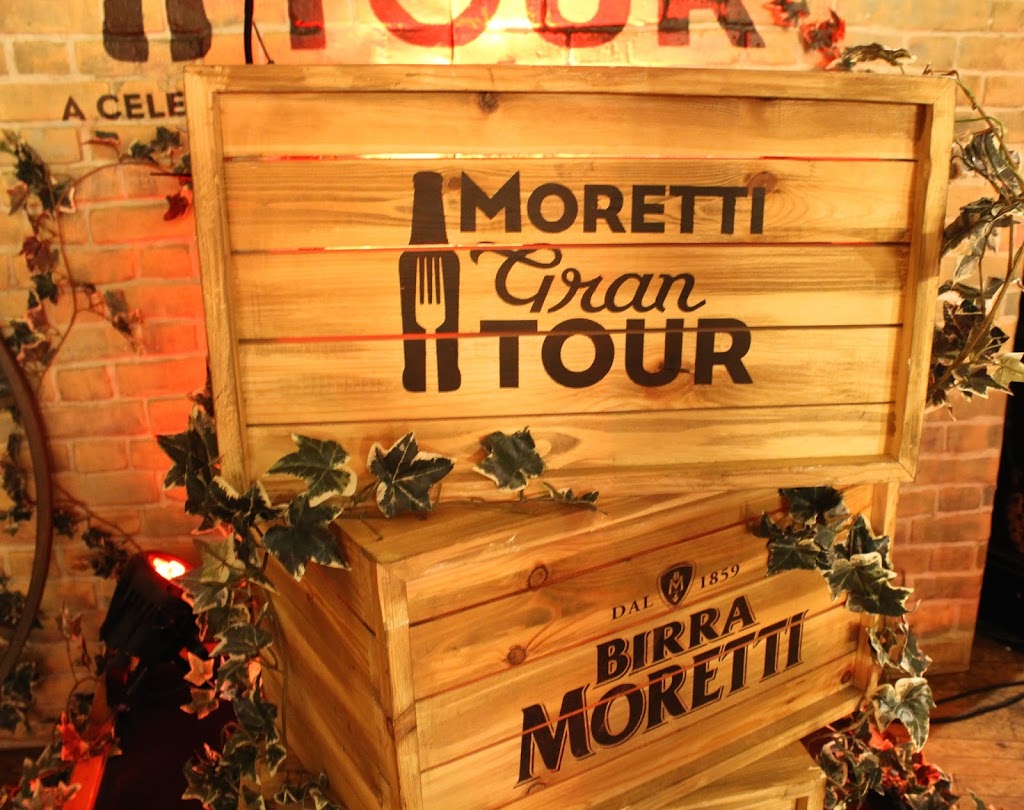 I was lucky enough to be invited to the Leeds leg of the Moretti Gran Tour on Thursday evening. I took along five friends, without knowing what to expect, except for the promise of good food and beer. 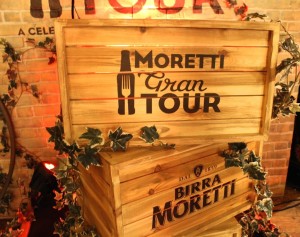 I was lucky enough to be invited to the Leeds leg of the Moretti Gran Tour on Thursday evening. I took along five friends, without knowing what to expect, except for the promise of good food and beer. We arrived pretty early at the City Hall where the event was being hosted, with a couple of vendors setting up outside. We were given our tokens, redeemable against food, and a VIP band which entitled us to free Moretti all evening, something I hadn’t expected at all! We then headed inside the City Hall which had been transformed for the event. 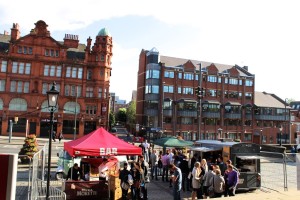 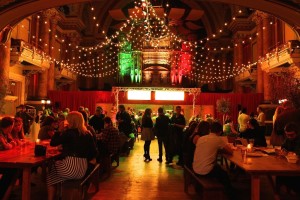 There were vendors from all over Italy, each one representing a regional dish. We were challenged with filling our ‘passport’ for the evening, by getting a stamp from each of the vendors, in order to get our hands on a goody bag.
We signed up for a pasta masterclass which was being run by Cin Cin’s Luke Robinson from Brighton, who was one of Jamie Oliver’s apprentice’s around 10 years ago. We went for the 8pm class, which gave us enough time to sample the spoils from each of the vendors; we had pizza from ‘The Pizza Fella’ who hales from Naples, in a converted Citroen H Van, incredibly creamy ice cream from Brio Gelati, the most amazing risotto ball’s I’ve ever tasted from the Arancini Bros. from Sicilia, delicious gnocchi from Pasta E Basta, and finally Fusilli with pulled pork from Tigellae. There were meant to be a couple more, but unfortunately one couldn’t make it, and the other ran out of ingredients! 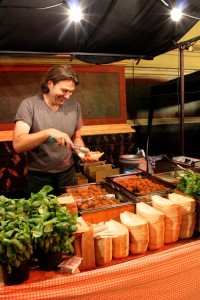 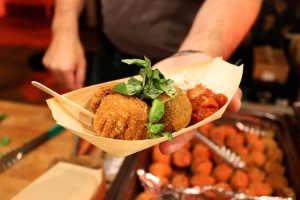 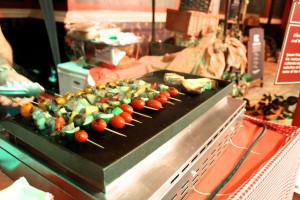 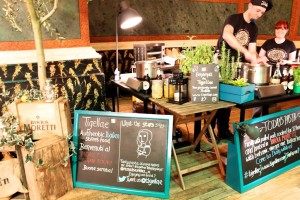 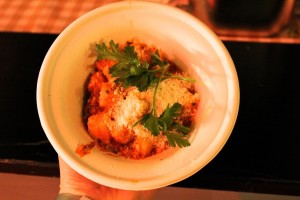 Once we were barely able to move from our seats following our food tour of Italy, we headed to the area which had been setup for the pasta masterclass. We were each given our own Gran Moretti apron, which I’m particularly fond of, and then we began. We were shown how to make fresh egg pasta from scratch, from which we made ricotta filled ravioli, known as ‘Raviolo of Burrata pugliese’. Working in two’s we were shown how to roll out our pasta, which isn’t as easy as it looks! We each made four ravioli, which our Chef cooked for us all, taking literally minutes to cook, we were served our ravioli with roast tomato, butter sauce, basil olive oil and pine nuts. It was delicious!! I am quite tempted to try it at home, perhaps not quite from scratch though… 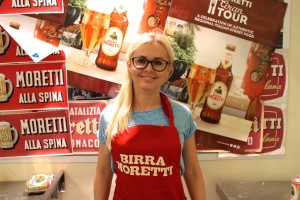 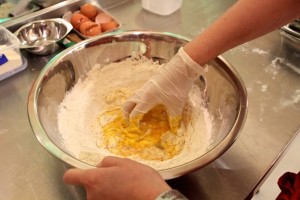 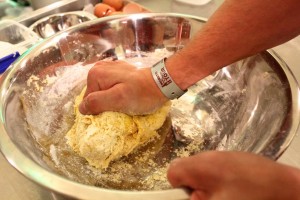 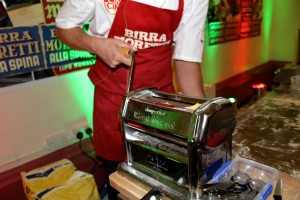 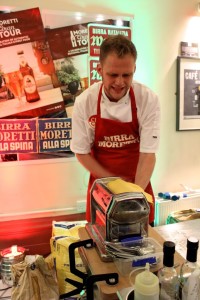 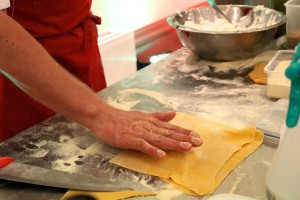 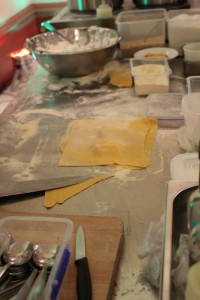 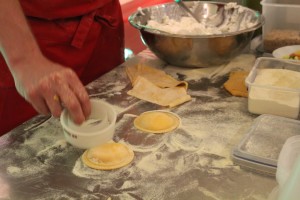 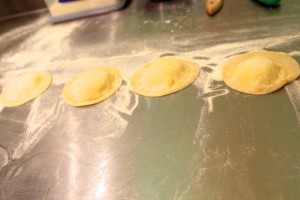 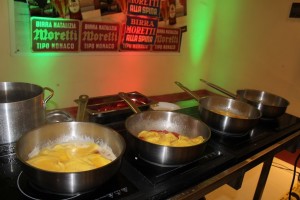 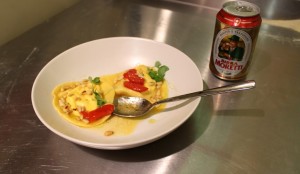 The Gran Moretti Tour is in Leeds until 2nd August, so if you’re free, get yourself down, you won’t be disappointed!