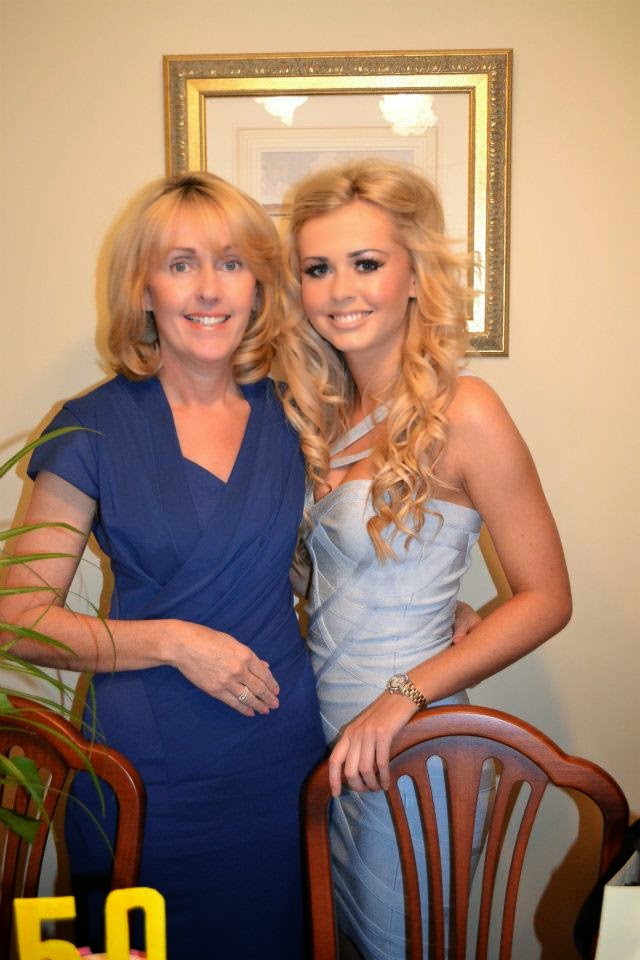 Gosh, where do I start…My mum is my best friend.  I’ve seen a lot of posts stating this, but for a long time, my mum was my only friend.  As I’ve touched on in previous personal posts, school was not a happy place for me, and if it wasn’t for the relationship I had with my mum, I’m not sure I’d be here today.

Mum was told at 19 she couldn’t have children, so when she fell pregnant a year after marrying my dad, they were over the moon.  I came a month early, and mum was rushed straight to theatre after giving birth, this was the first time I nearly lost her.

Mum needed an life threatening operation when I was 7, and she was basically given a 50/50 chance of making it.  She told me several years later that she had written letters to me for different events in my life; hitting puberty, my first boyfriend, even for my wedding day, so that I could have her with me in words, if not in body.  As soon as she recovered the letters were burned so I’m intrigued to see what words of wisdom she has to share with me in the future.

At 13, my panic disorder kicked in.  For me it starts with a burning sensation down my arms, then shaking from head to toe, hyperventilating, vommitting, and finally I pass out.  Mum took me to the doctors, where she was told I was too young to be given medication.  She looked into every alternative therapy possible to try and get me better and spent a fortune on Reiki, Hypnosis, Acupuncture etc.  The disorder got worse and when doing my A-levls & bachelors degree, we ended up in hospital about 4 times as I would collapse in the early hours.  Mum had to support me through this on her own, as my dad’s job would take him to the other side of the world.  I remember telling her “I just want to die”, over and over again, just to make the panic attack stop.  That must be SO hard for a mother to hear, but she was my rock.  The only person who could calm me down was my mum.

At 24 I made the biggest decision of my life, to move away from home.  I met my partner Andrew and the only way we could be together was for me to move.  The hardest thing for me to do, was to leave mum.  It literally felt like my umbilical cord had finally been cut and there was a physical pain inside me.

On my birthday in May last year, I got a call from dad to say mum had been admitted to hospital, I felt like the world had stopped spinning and I needed to get back to Newcastle immediately.  Andrew left work and drove me up, we got there to find her with oxygen on and all these wires, it was like I was 7 again seeing her like that.  Mum was suffering with palpitations, and her heart rate was over 200.  I was so scared, but knew I had to stay calm for mum, like she had for me on all my hospital trips and sleepless nights.

Feeling better by September, we arranged a trip to Portugal, just my parents and I to spend some quality time together.  I left work and drove up to Newcastle, but on the motorway, I got another dreaded call to hear mum was back in hospital, worse than she had been the first time.  The doctors couldn’t lower her heart rate, with one doctor saying that with the amount of medication she had been given, her heart should have stopped, yet it wasn’t even slowing down.  Her consultant told her she wash’t allowed to fly, so our holiday was cancelled.  Mum has a type of arrhythmia called Atrial Fibrillation.  Mum now needs an operation, which we are hoping will take place in May at the very latest this year, the success rate is very high.

My mum has gone from the confident, independent woman, who would take a 9 year old to the other side of the world, be it Singapore or Australia, on her own, to see dad, to now being too frightened to get on a train from Newcastle to Leeds, as we don’t know when the AF will kick in.

We have been making lots of plans for the things we’ll do when she is better, holidays, day trips and adventures!  When I saw the competition from Joe Blogs Blogger Network, to win a trip with your mum to Bruges with Great Rail Journeys, I knew I had to enter, as this would be the perfect way to celebrate mums good health and spend some quality girly time together.   I’m keeping everything crossed as I know this would mean so much to her.

So mum, I know you’ll had read this, and you’re probably in floods of tears like I have been reading this back.  We’ve been through so much together, I love you and thank you for being the incredible woman you are, you’ve made me into the woman I am today.  (and to my daddy, I love you too)